Welcome to my website and thanks for stopping by. As a life-time empirical herbalist, plants and their relationship to human health has been the primary focus of my professional…and personal life. My passion and my path are both with plants that heal. I am also fascinated by the edible and useful plants that have provided food, shelter, clothing, musical instruments and even food for thought.

in the Mountains of Guerrero, Mexico

In Guerrero, Mexico in the early 1970’s, I had a life-changing experience that led me to unequivocally settle on plants as my primary interest. For several years during the Vietnam War, I was part of a small group of conscientious objectors who decided to emigrate out of the US to Mexico. There were thousands of us who went either to Canada or Mexico seeking political refuge from what we thought was an unjust and cruel war. We settled in a tiny village called Tlacotepec in the Sierra Madre del Sur Mountains of Guerrero. Here there was only a visiting doctor, no hospital, and meagre modern medical care, but they were blessed with elders who still practiced their ancient arts of Aztec healing.

Soon, we re-located to an even more remote village, Salitre, that was an eight hour walk to the nearest small town over rough mountain terrain and river crossings. Salitre had no doctor, no clinic - only their traditional healers to guard their health and well-being. One particular week there was a festival in town, but I decided not to go and stayed home with my neighbors, aging Dona Rita and her servant, Margarita, who was almost forty weeks pregnant. I spent the entire first day with Rita and Margarita sewing baby clothes and making meals over the fire hearth.

That day they taught me to make tamales. It was a day like any other except that the village was deserted. We all retired as usual around 7 PM. At 2 AM, I heard a frantic knock on my door. I got up to answer and there on my doorstep was Dona Rita, a severe arthritic, on her hands and knees. At night, when the air was cool and damp, her condition worsened so that she was unable even to stand up. "What is it, Dona Rita?” I asked surprised.

“Rosita,” she gasped out of breath. “Get dressed. You have to help me deliver Margarita’s baby. She’s been in labor now for about an hour. Hurry! Hurry!”

I gasped. “What?” I exclaimed. “Help you deliver a baby? Dona Rita, I couldn’t possibly. I’ve never even seen a baby born. I would be of no use to you. You’ll have two patients rather than one as I’m sure I will faint at the sight of blood.”

There is a certain look of utter disdain that we gringas get from Mexican women. It is a look that silently says, “Where have you been all your life? Didn’t your mother, your grandmother teach you anything?” So, when I saw that look on Dona Rita’s face, I succumbed to her orders. “Get dressed. Move. Follow me,” she declared in her absolutely take-charge way. 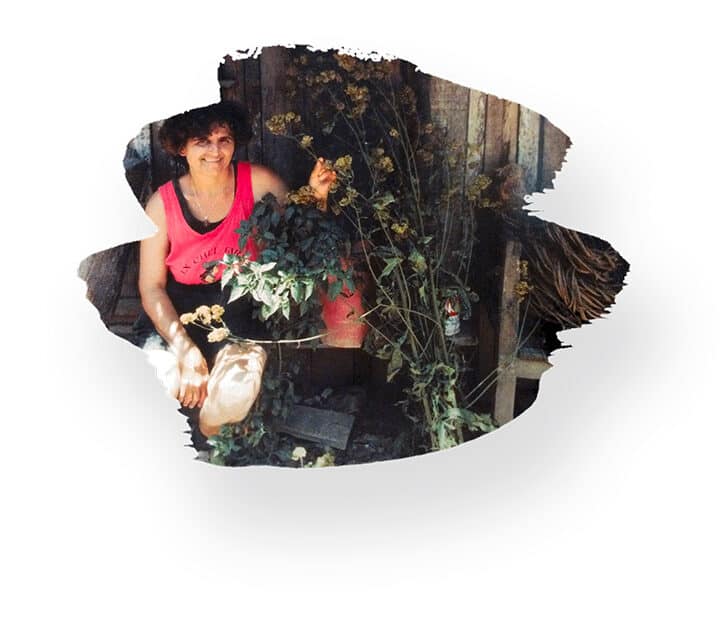 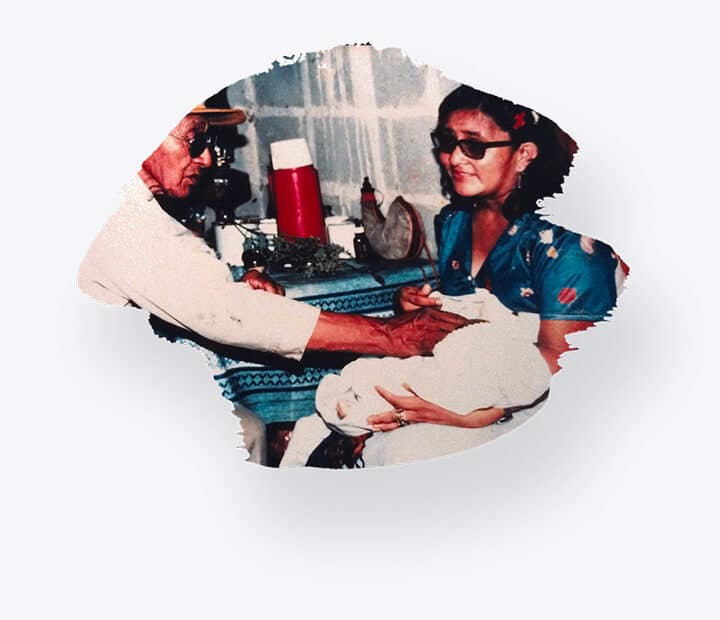 Numbly, frightened to my core, I followed behind Dona Rita as she crawled on all fours back to her little thatch hut. Dona Rita, mother of the “boss” Don Chente, had her own kitchen and two rooms to herself. There in the darkness of the thatch hut on a wooden bed, lit only by a pine torch, lay Margarita, mother of five other children. Deep in the throes of childbirth, she moaned and twisted on the wooden bed. Her “mattress” was a pile of old cloth and rags. I sat next to Margarita and followed every curt instruction of Dona Rita to the letter. “Prop her up with pillows. Take the pillows away. Rub her feet. Bring her water. Get another blanket,” and so on until the baby finally burst forth from between her legs at 5 am. Deftly, Rita tied and cut the cord once it stopped pulsing with Margarita’s blood. Her knife was heated over the fire to sterilize it. Together, Rita and I washed the infant boy with pre-boiled water in a large calabash shell (something like a pumpkin) and swaddled him in baby blankets smelling of soap and fresh air. As I cradled the baby thinking Margarita could sleep, Dona Rita suddenly exclaimed. “This is too much blood!”

My heart leapt like a ball into my throat. My knees started to shake. “Put the baby down. Give it to the mother. He has to nurse. Now!” I did. I stood in silent awe and fear.

“Rosita,” commanded Rita in her take charge tone, “Go outside with this pine torch to the rose bushes. Here is a pair of scissors. Cut nine red roses – either full or in bud – and this much of the stem and leaves.”

She held up her hand to separate her forefinger and thumb to indicate about six inches of stems and leaves. Immediately, I was relieved to know that Rita seemed to know what to do. I trusted her. If she said red roses were the answer. Red roses were the answer. I went outside. A faint sunrise was far in the distance. There against the corral fence I found Rita’s rose bushes and did as I was told. Several thorns pricked me. I bled a few drops. Hmmm – red roses, red blood. 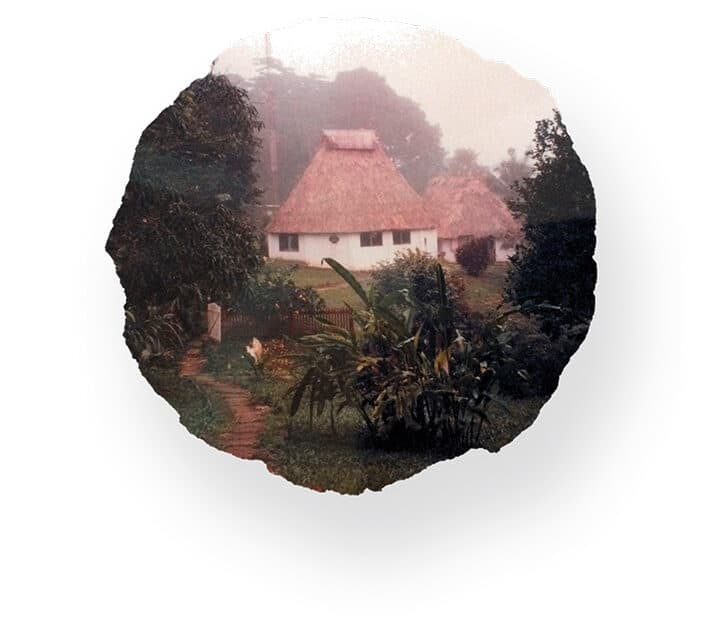 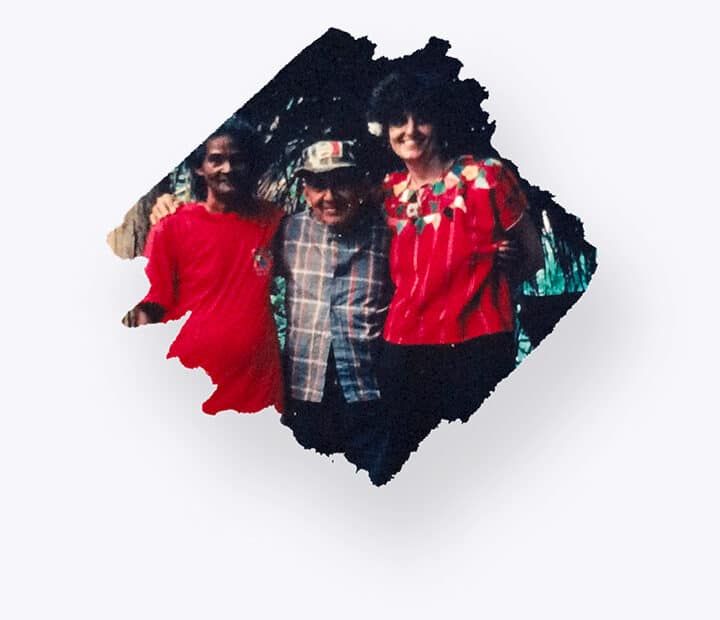 When I returned from the corral with my palm woven bag full of red roses, leaves and stems, Rita was boiling a clay pot of water over the hearth fire. She dumped the plant material into the pot and let it boil about ten minutes. By now, Ermita, the mute and retarded kitchen servant, was awake and crying in the corner under the hearth. “Go in and sit with Margarita,” she commanded me. Rita had tied the mother’s ankles up to the rafters of the house that was about four feet above the wooden bed. The baby was nursing. Margarita was amazingly calm. Still, blood dripped down onto the bed soaking rag after rag.

“Come Rosita,” shouted Rita. Almost able to stand now that the morning cold was lifting, she handed me two gourd bowls, poured the rose tea into one and showed me how to stand between the kitchen and her veranda where the breeze was strongest. “Now pass the tea from one bowl to the other and let the wind cool it off. It has to be cool. Hot won’t work. Has to be cool, so get to work.”

Rita went into the room where Margarita lay, still calm as can be, and changed the blood-soaked rags again. I watched as she dipped clean cloths into a bucket of cold water and placed them between the mother’s risen legs. At seven thousand feet elevation in the mountains at night, that water must have been pretty cold.

Back and forth. Back and forth, I passed the red rose tea between the two gourds until Rita stuck her finger in one and proclaimed, “Alright. Well done. It is cool enough now. Sit there and spoon this tea into Rita’s mouth and don’t stop until I tell you to.” 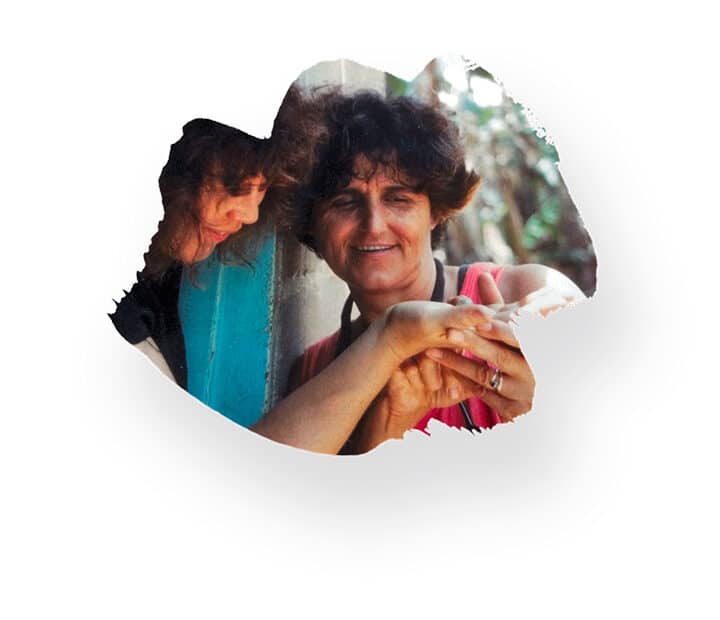 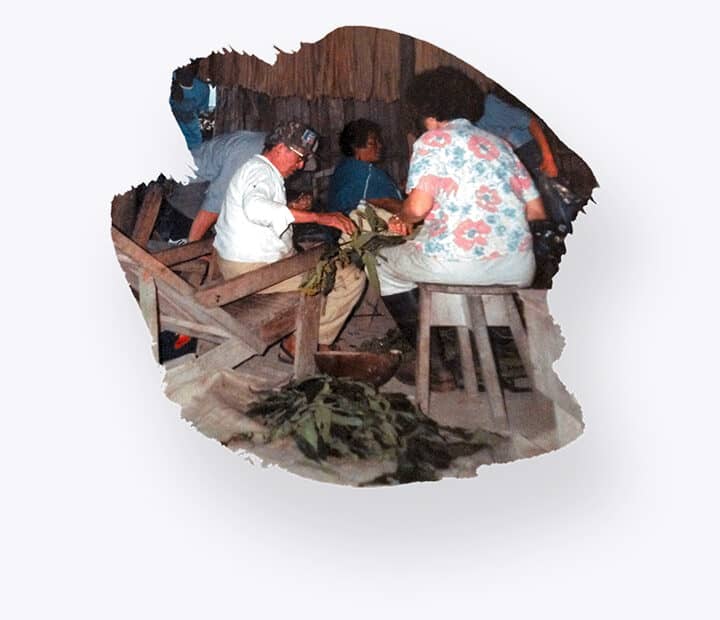 Rita gently slapped the baby’s feet to keep him awake and sucking while I spooned the tea into Margarita’s mouth. I watched a little clock on the table. In eight minutes, the trickling blood became mere drops. I gave her more tea. Ten minutes later, the trickling of blood eased. Rita took her legs down and changed the cloths between her legs again. This time there was only a small amount of pink blood. Rita only nodded and smiled.

“Rosita, you can sleep here. Get some rest but don’t leave us in case I need your help again. By noon we will know if all is well. God will help us all if we but ask, so pray.”

Fitfully, I dozed in and out in a hammock of braided hemp as dawn creeped into the dark hut. Margarita slept peacefully with the tightly swaddled infant at her side. Margarita was the mother of five other young children. Because of the roses, those five children were not made motherless and the father was not made a widower. And I, was made a herbalist!

That dark night in the mountains of Guerrero changed my life forever. I had to know how those red roses saved Margarita’s life. I remember saying to myself as I lay in the hammock watching the sun rise, “If I have to walk over hot coals and nails, I will find out how nine red roses could save a woman’s life in childbirth.” I remembered pricking myself with the rose thorns while I gathered the flowers and leaves. Hmmm. Red roses. Red blood. Was there a connection? Is this a way to learn about plants? Do they have a silent language? Turns out they do, and it is called The Doctrine of Signatures. After many years of study, I was to learn that roses contain astringents like tannic acid and gallo-tannic acid that when prepared strong enough and administered cool can staunch uterine bleeding.

Thanks for staying with me thus far. If you are interested in learning more about me and the workshops I offer, the books I have written, continue from here. Thanks. 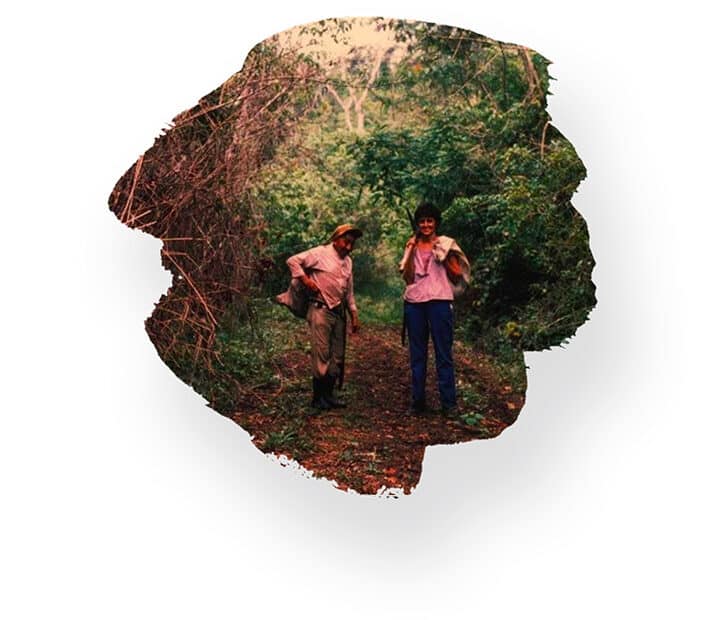